In La Niña, when it rains, it pours

Back in August I reported on some wetland levels near the Grampians, and much has changed since then.

At that stage we were coming out of what had been a pretty dry winter. However, we were hopeful and awaiting realisation of BOM’s long-term forecast suggesting a wetter spring. A series of events have since delivered significant rainfall to different parts of south-west Victoria, culminating in a very substantial system in early October. While the epicenter of this system was just north of Port Fairy, where some landholders recorded 100 mm over less than 48 hours, a broader area of drenching occurred. In my hometown of Warrnambool, we saw the Merri River rise dramatically and cause some flooding of low-lying houses. Over in Port Fairy, the impacts were more significant with some sources reporting the most significant flooding for several decades.

Alice Glare, who lives on a farm at Willatook, sent me through some photos that illustrate the the amount of water moving down the Moyne River. The picture below was taken at the peak of the flooding and shows the former footprint of Moyne Swamp, which has now been effectively drained by deepening and widening of the Moyne River watercourse. Flow records at Toolong indicate that this was one of the most significant events in almost 30 years.

While the more inland areas of the wider Glenelg Hopkins catchment area didn’t receive quite as much rain, it was still enough to trigger some strong inflows. Walker Swamp had been slowly filling from inflows that started around the end of August, but things really ramped up with the passing of the October weather system. The amazing transformation was illustrated by Mark in our previous newsletter but it is also worth watching the time-lapse below to show just how quickly this happened. There’s some interesting information laying in our water level records across the wetland system (including Brady Swamp) but we’ll have to wait a little bit to access that data because two of our logging stations are currently about 30 cm under water!

The amazing rate of filling was also realised elsewhere. Over at Green Swamp, water levels also shot up rapidly and while the wetland didn’t fill and spill to the levels observed in 2016, it is now reset to buffer the oncoming summer and will again provide much needed drought refuge in the months and years to follow (see top graph below). 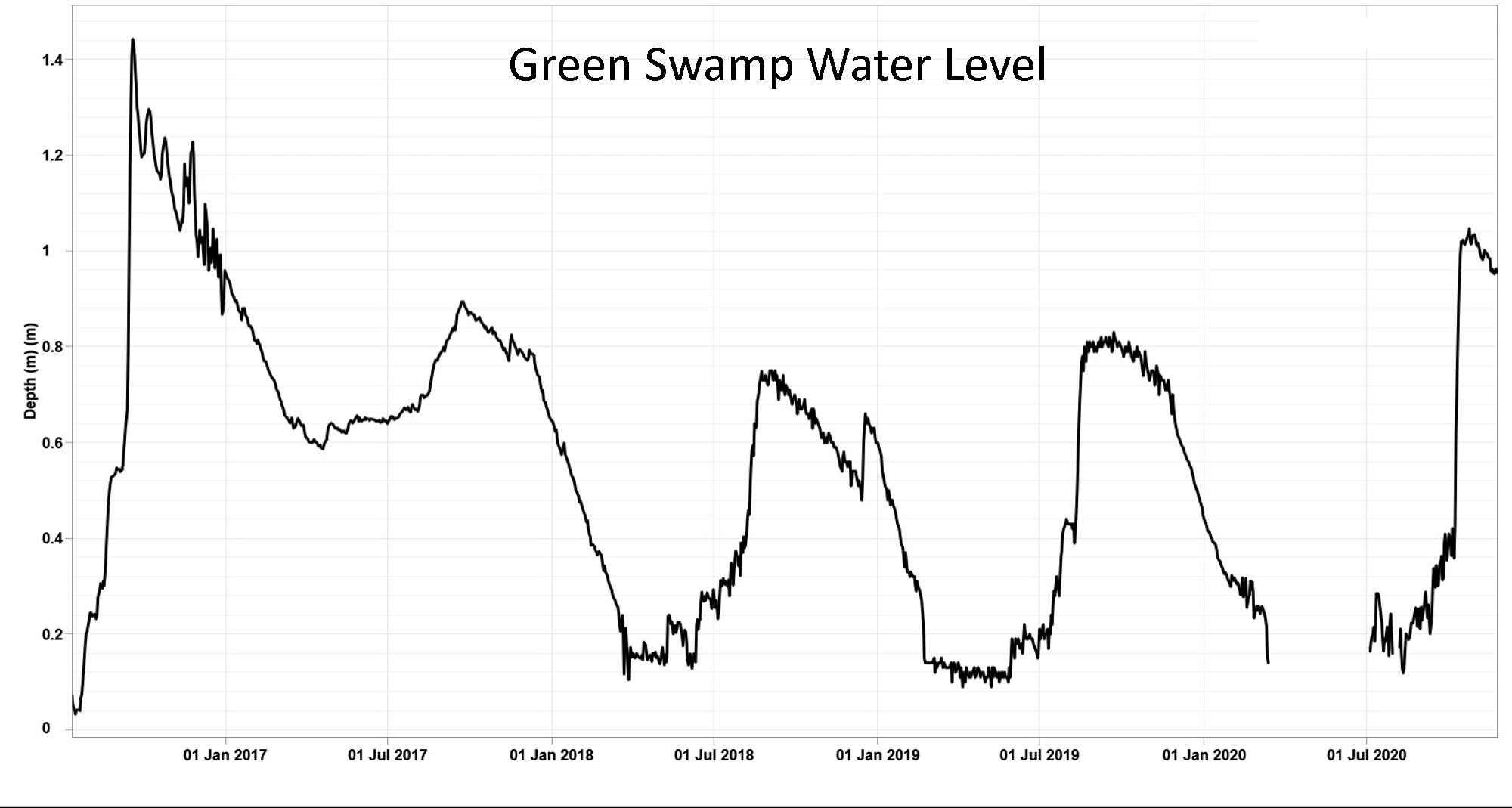 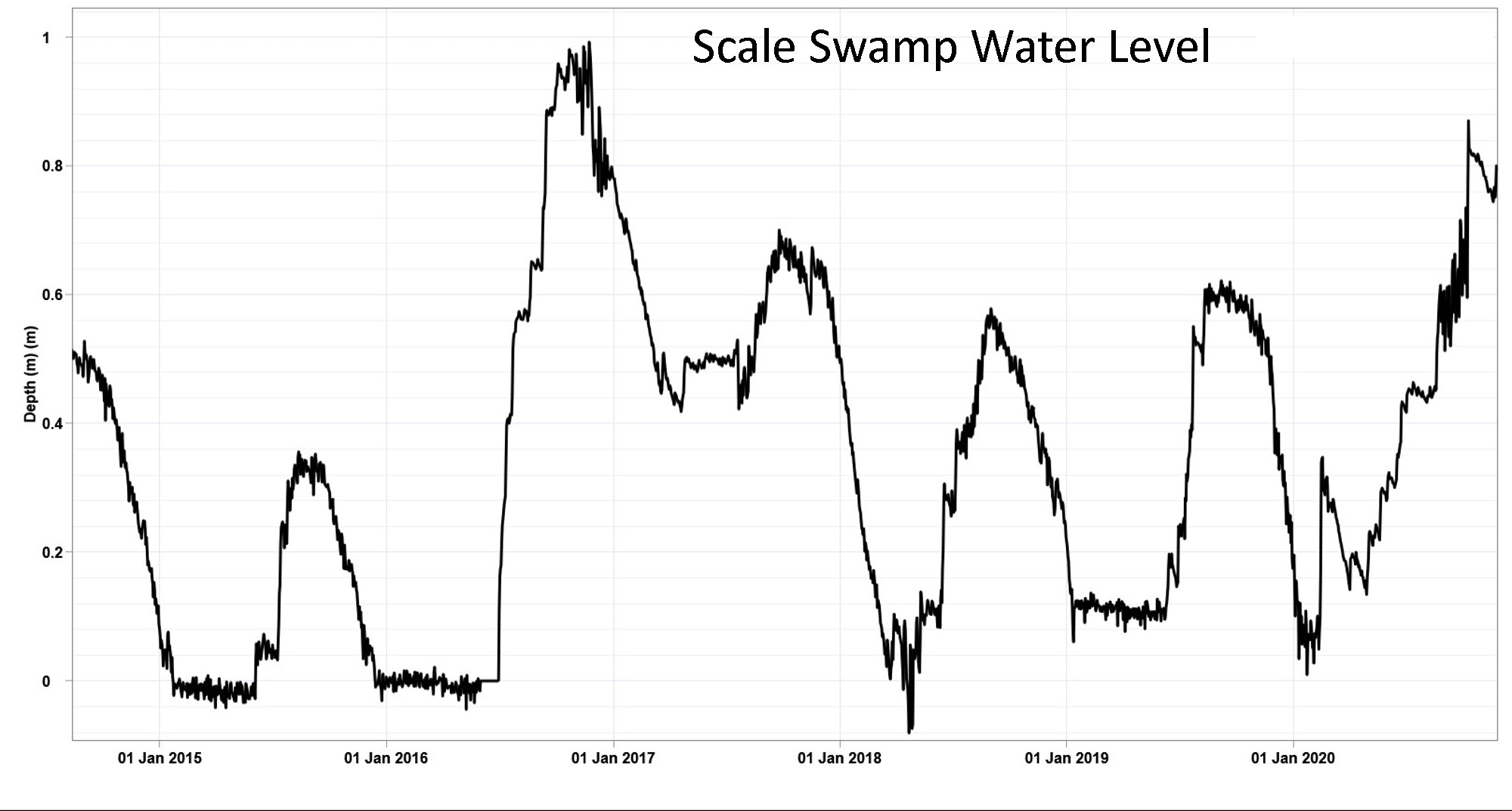 These ongoing demonstrations of how episodic filling from these rainfall events can be retained for prolonged periods, really provide the back-story to everything we have ever hoped to achieve with hydrological restoration. While there is a lot happening in our environment that we can’t control, wetland restoration is one space where we can buck the trend and sow stories of hope for some of our threatened flora and fauna.