The fascinating world of fungi!

Saturday 8th June – Our fungi journey began on a beautiful morning in the local Bolwarra bushland in Victoria. Nicole and I joined the Portland Field Naturalists on a fungi survey led by fungi expert and mycologist, Dr Sapphire McMullan-Fisher. Sapphire introduced us to a wide range of fungi and techniques on how to recognise them. Colour and shape are obvious clues, but texture, type or absence of gills, habitat and spore print are also important features in identification.

One of the most impressive (and also smallest) fungi found on the trip was the Torrendiella eucalypti (pictured below). At first it looked like tiny spots on the top of a leaf, but on closer inspection turned out to be a colony of tiny cup fungi about half to one millimetre in size! When first discovered this fungi was mistakenly thought to be growing on a eucalyptus leaf (hence the name), but was actually growing on the leaf of a Blackwood Wattle (Acacia melanoxylon). Some other favourites from the day were the pair of Pixie’s Parasols (pictured below) hiding in a small hole in a fallen log (luckily spotted by Nicole!), and the Dark Vegetable Caterpillar (Cordyceps gunnii). This Cordyceps is a parasitic fungus that attacks moth larvae living in the ground, eventually completely taking over and sprouting a club-like fruiting body to the surface.

Once we started searching, it was amazing how many different species we found in a small area, and a fantastic reminder of the amazing diversity  at our feet! 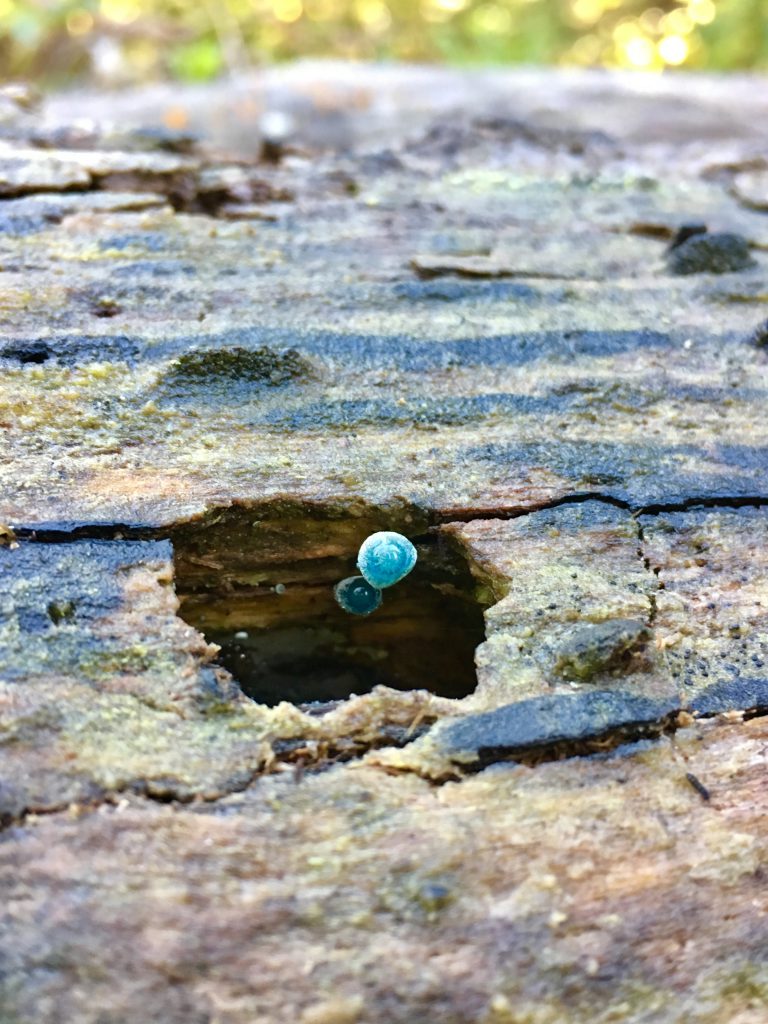 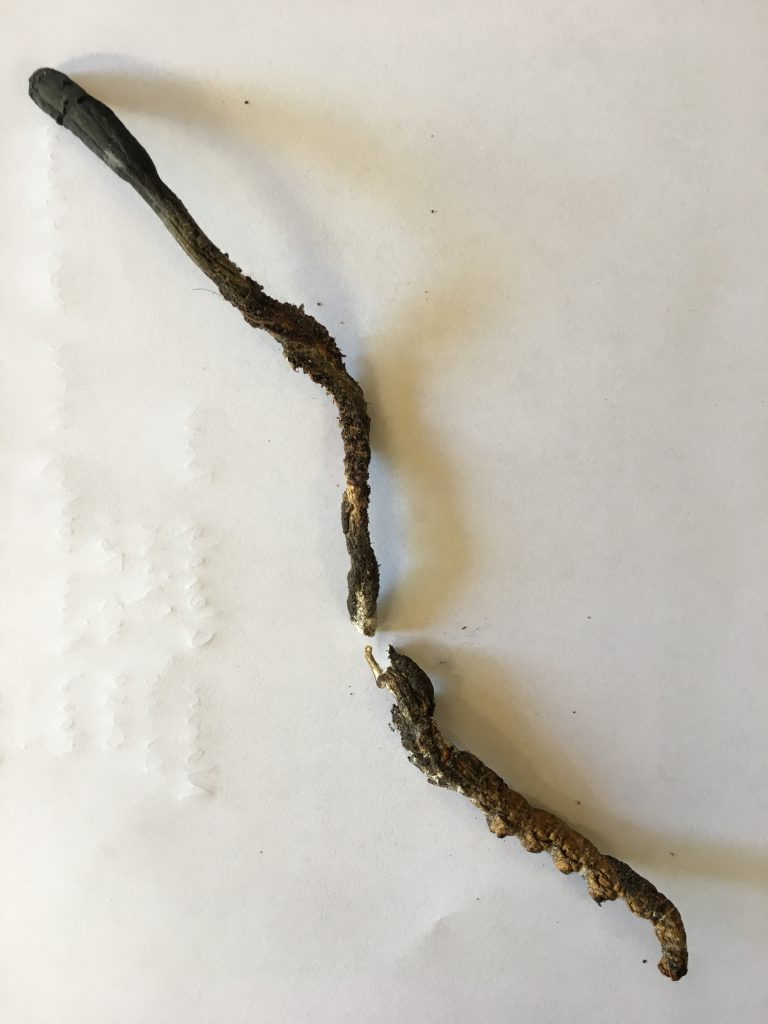 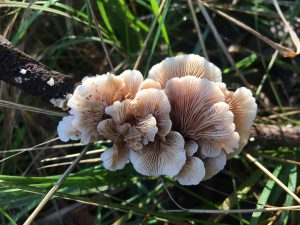 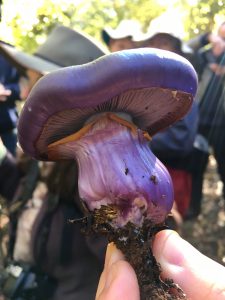 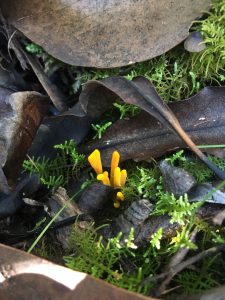 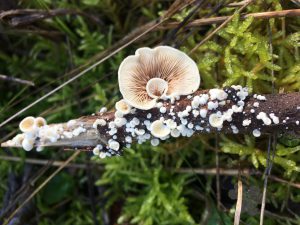 Later that day, Nicole, Bryan and 20 enthusiastic volunteers gathered at Kurrawonga for an evening of fungi surveys and spotlighting. Volunteers were keen on the spotlighting and owl surveys, but the fascination for fungi was infectious. The planned half an hour survey stretched to an almost two hour search. Once everyone had their fungi eyes in focus we started seeing all sorts of colourful native species. We also found a beautiful large specimen of a Ghost Mushroom (Omphalotus nidiformis) and only the fading day light stopped us from searching.

After dinner around the fire we were ready for some night time surveys. We heard powerful owl calling and spotted many Ring-Tail Possums and a Sugar Glider. Bryan set up a light trap to see what insects were about at this time of the year. Wood Moths (Ptilomacra senex) were caught and their fluffy looking body and their behaviour led to the group calling them the “cuddly wood moth”. Their favourite food plants are Xanthorrhoea  spp. so it really isn’t surprising that we found many of them around Kurrawonga.

A big thank you to all the participating volunteers: you made this a very fun and special night!

With the fungi season just starting we would like to encourage everyone to go outside and explore the fascinating world of native fungi. A Wood Moth presenting itself to a group of volunteers.