Very exciting news has reached us from the Bellarine Peninsula, with three OBP’s sighted by a volunteer at a remote location – the last sighting there being early in the 2014 season!

Back in the far south-west of the state, there were no observations of the OBP, however west of Warrnambool several flocks of Blue-winged Parrots were found, totalling about 60 birds who were enjoying relatively lower inundation compared to this time last year, exposing Beaded Glasswort flats. One flock appeared very content feeding in a small patch of fruiting Streaked Arrowgrass (Triglochin striatum), a large leaved Dock (Rumex sp.), and Plantain (Plantago sp.).The exposed flats of the saltmarsh were providing important refuges for species including the endangered Hooded Plover (Thinornis rubricollis), and many other wading birds including a large flock of over 200 Banded Stilts (Cladorhynchus leucocephalus).

I’d also like to introduce and thank John Hargreaves and Robyn Bush who have joined the NGT team to assist in search efforts at key sites in the south-west. Both have exceptional skill and passion for conservation of coastal birds and their habitats. A big thanks to those who also volunteered their time for out first formal count weekend on 21st and 22nd May. John and Robyn scouting out a flock of Blue-winged Parrots

Further west I was fortunate enough to meet up with members of the Portland Field Naturalists Club and also join in a broader survey for waterbirds within the wetland complex. They found over forty native species, including the Common Greenshank (Tringa nebularia), Black Falcon (Falco subniger) and the lovely White-fronted Chat (Epthianura albifrons) – a reminder that these wetlands are an important refuge for so many fauna – some coming from as far as Siberia! 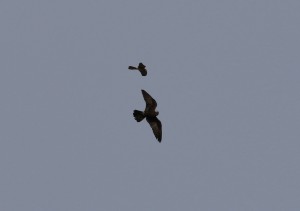 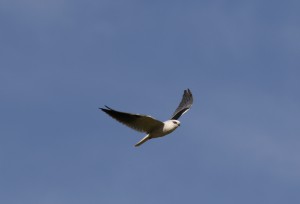 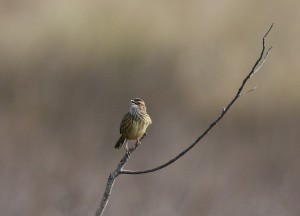 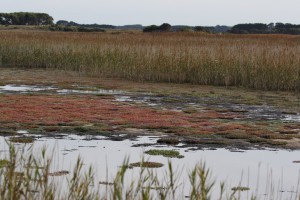 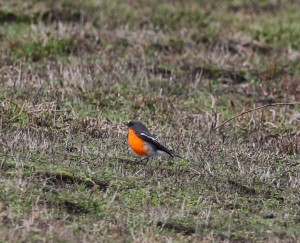 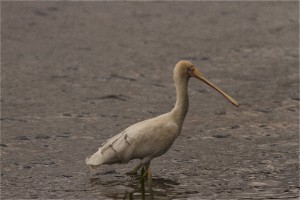 If you think you would like to join us on the search for the OBPs on a nice winter’s day, please get in touch at or ring me on 0437 464 004 – the search area in the region is just too great to cover without the help of our wonderful volunteers!