Squished and triangle-shaped Banksias are free to grow after they were removed from the confines of their tree guards at Eaglehawk Waterhole. It was our final National Volunteer Week event on Saturday 25th May, and despite the constant rain and cold weather, our NGT staff and volunteers managed to remove 400 tree guards from trees and bushes that have been planted as part of the 20 Million Trees project. As well as being squished, some plants had been “tip-pruned” by munching kangaroos – one of the reasons tree guards are so important for little seedlings. A lot of eucalypts were obviously very happy in their environment, having grown so big we struggled to pull their tree guards off! 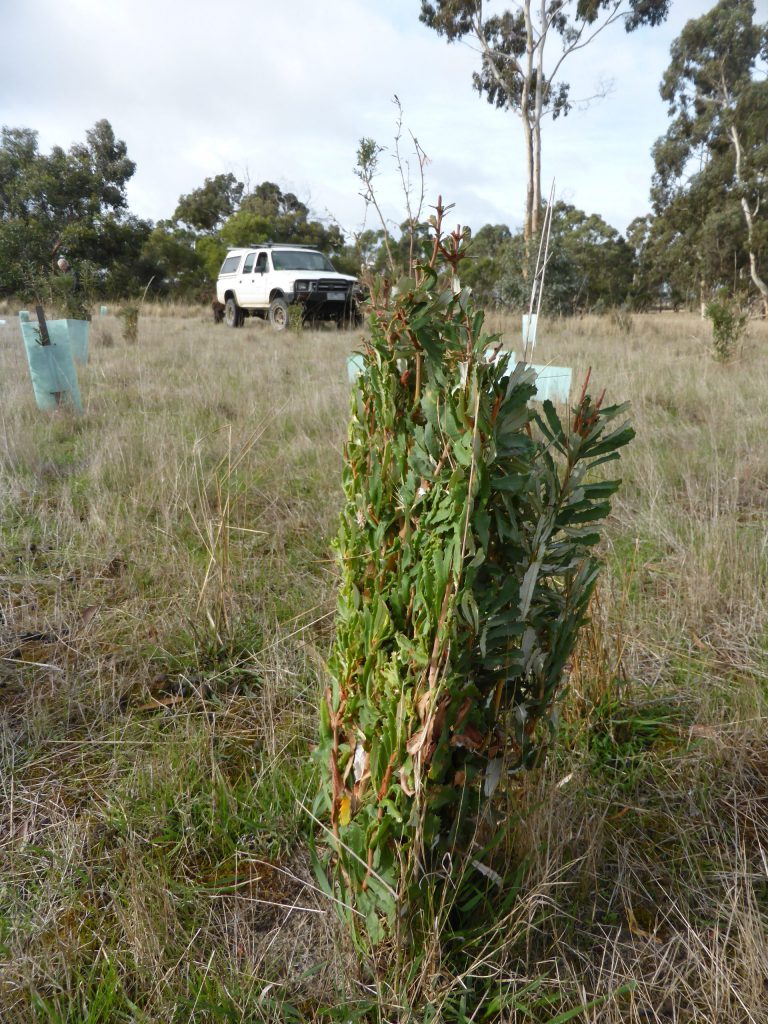 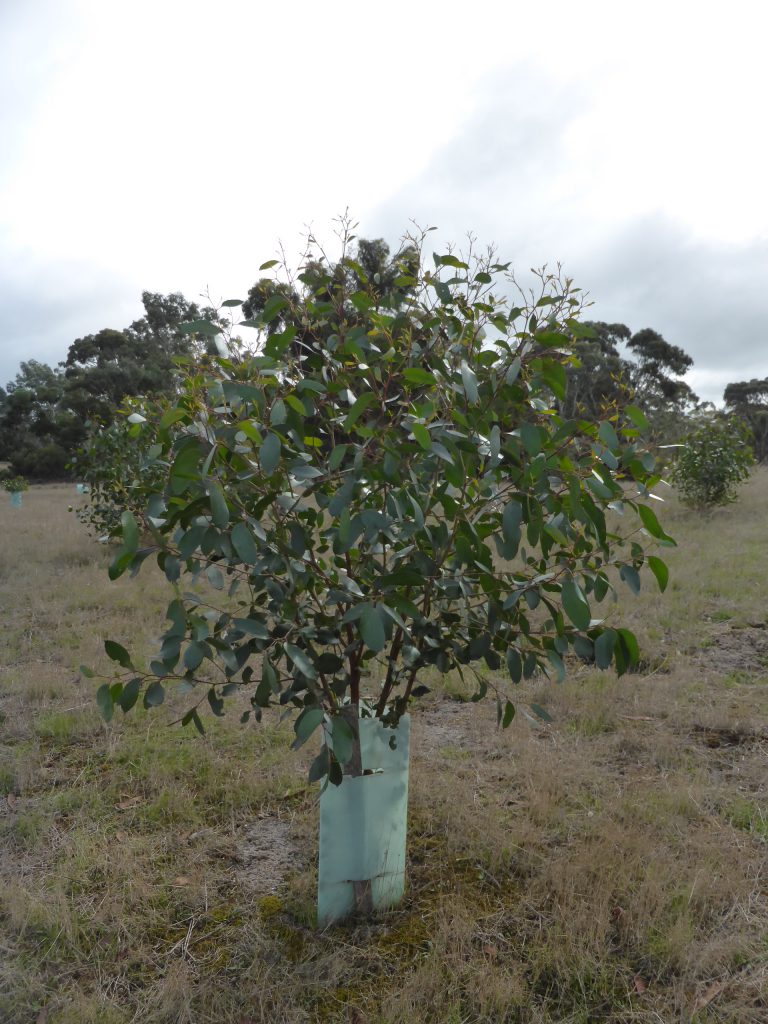 A eucalypt ready to escape its guard

As well as removing tree guards, we also checked a tile grid to see what exciting creatures we would find underneath. We thought we had found a snake underneath one tile, but it was a rather large Eastern Striped Skink (Ctenotus robustus). We found three more (much smaller) skinks of the same species and a plenitude of insects including thousands of ants, some cockroaches, and also two redback spiders and a wolf  spider under one tile … An Eastern striped skink found under a tile

With all of the planting that has been happening at Eaglehawk Waterhole, it is becoming even more beautiful. The local wildlife are very happily using the habitat too – we saw a lot of kangaroos, emus and many different bird species. Come and join us at the tree planting in August to find out how beautiful Eaglehawk Waterhole really is!

We have a big tree planting event planned at Eaglehawk Waterhole on the 1st, 2nd and 3rd of August, where we will reuse the tree guards. If you’re interested in helping us plant trees, please keep an eye out for more information next month or sign up to our volunteer email list by contacting Kimberley.